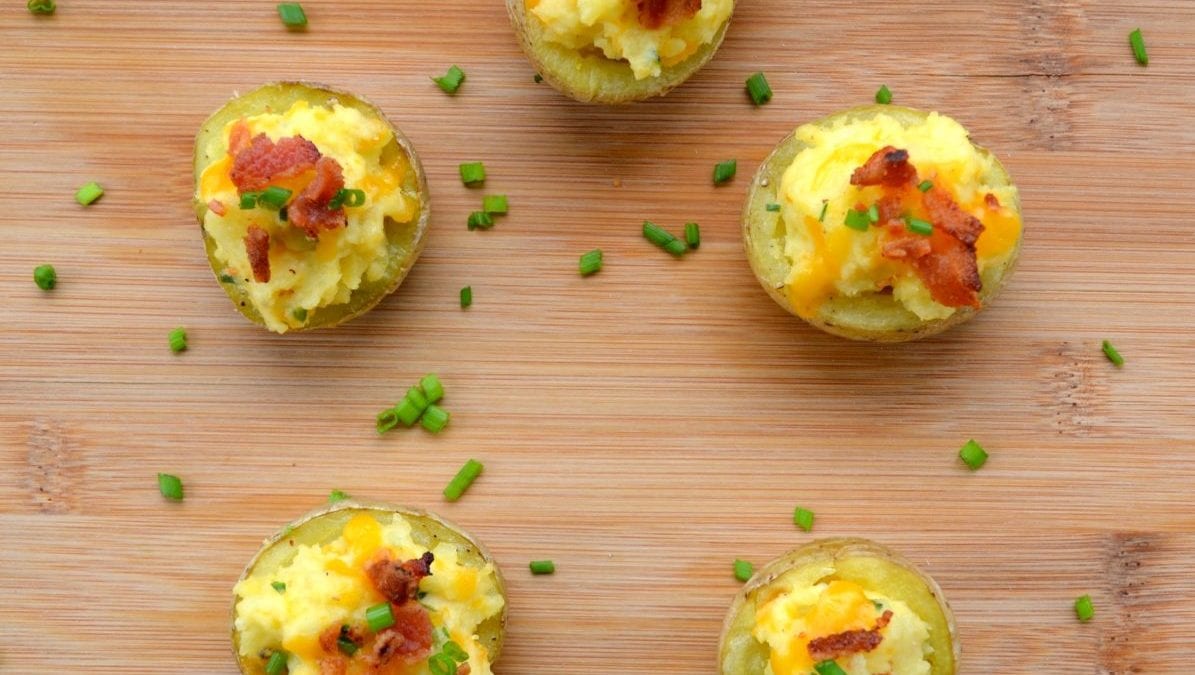 Preheat oven to 425 degrees. Cut each potato in half and then cut a thin slice off the bottom of each potato so that it will rest flat on the baking sheet. Drizzle eat potato half with olive oil and sprinkle with salt and pepper. Bake for about 25-30 minutes, or until they are tender. While they are baking cook bacon in a skillet until crispy. When it has cooled, crumble it for topping the potatoes and set aside. For the sour cream and cheese mixture, add chives, sour cream, cheese, butter, salt and pepper to a medium sized bowl, and mix until combined. When potatoes are out of the oven, use a small melon baller to carefully scoop out the center, being careful to leave a border around each potato. Add the scooped out potatoes to the sour cream and cheese mixture. Using a potato masher or hand mixer, combine the potatoes and sour cream mixture. Use a small teaspoon to put the potato mixture back into the potatoes and top with a little bit of cheese and the bacon. Bake for about 3-5 more minutes or until the cheese has melted. Garnish with additional chives. Enjoy! 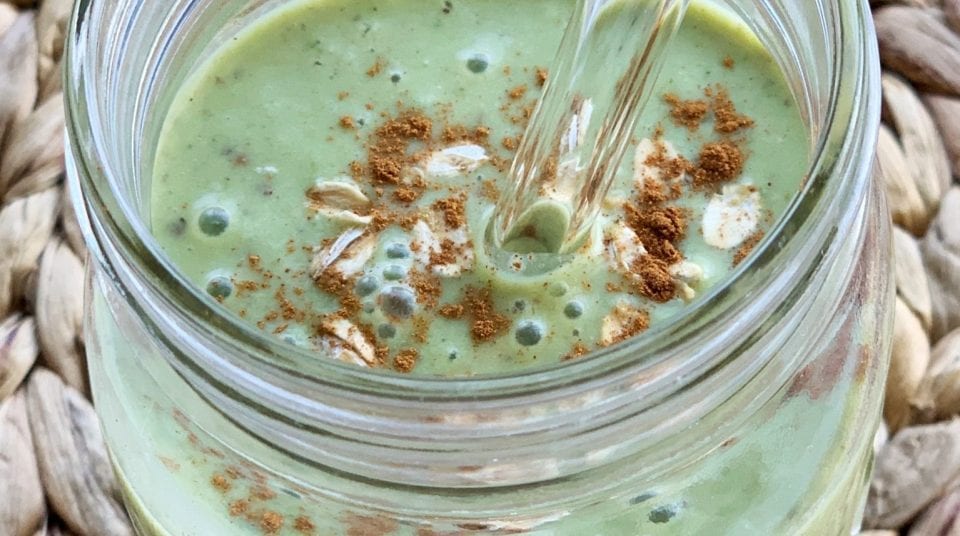 My Go To Breakfast Smoothie Recipe 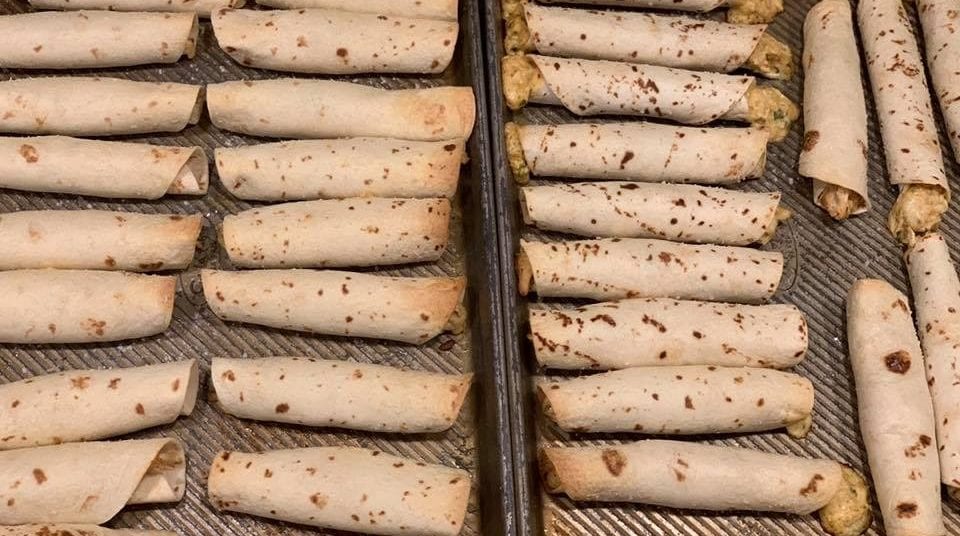 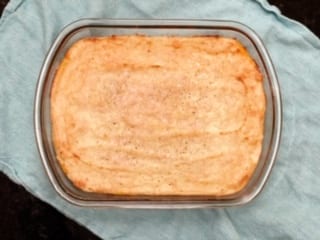